Looking Back, Looking Ahead to 2020

My life is my message.
Mahatma Gandhi

As I thought back to 2019 and the current state of affairs in the world, the quote that first came to mind was the witches’ chant in Macbeth:

The last few years have been tumultuous. The cauldron of events bubbled over with a brew of populism, fake news, growing economic disparities, and environmental disasters, as tempers and temperatures rose to new heights.  And through it all- protests, mourning, and anger. Rains flooded, ice melted, and fires burned- and burned.  At times, it felt like reason and truth were the causalities.

None of the above was helped along by the number of uninformed, powerful, (mostly) white men making poor decisions and behaving badly.

Was there good news? Yes of course! It just doesn’t get the same airtime, unless you’re the Raptors who had a banner year.  There are exceptional leaders at many levels. But it’s ordinary people who are the real unsung heroes and heroines-getting up each day, raising families, going to work, showing kindness, tolerating the sometimes intolerable. Some of that work makes life easier for the rest of us. Some of it makes for long days. Regardless, people went about their business- quietly, barely noticed, but doing what needed to be done. And all without having to tweet about it.

I am the first to say I have a great life. I have had some amazing times, but when I look back, it is the ordinary moments I remember: a gift of homemade soup; walks outdoors; gatherings of family and friends to celebrate a new adventure for one or welcome another home; following familiar traditions; conversations over coffee; and watching our sons grow into fine young men.  A loved one listens; a friend checks in; an acquaintance reaches out; trees blow in the wind; and children play.

Such moments (too many to mention) are like stars scattered against the night sky- the manifestations of joy, generosity, gratitude, and wonder.

Ordinary moments are the substance of the lives of ordinary people. Sometimes, though, ordinary people do extraordinary things. We witnessed many examples, for this was the decade of social movements including:

Many started as an idea followed by an effort to make things right. Many involved young people.  Youth led the way through their activism. Leading the fight for gun control. Holding leaders to account on climate change. Protesting growing and disgraceful disparities. 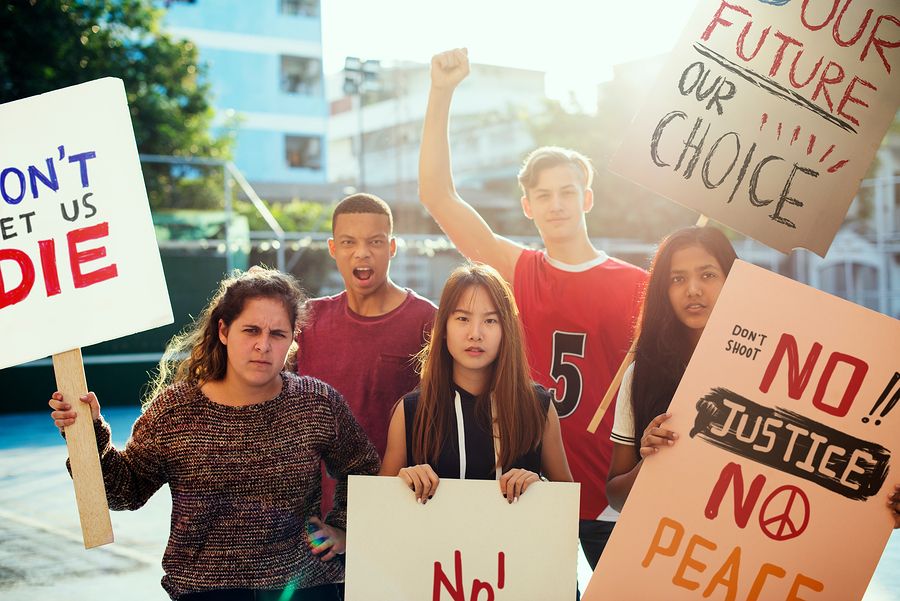 Who would have expected a 16-year old girl to be Person of the Year?  Who would have predicted a young Pakistani woman to be the youngest Nobel Prize laurate for her work in human rights and education of women?

I am in awe and my faith in humanity renewed.  And so, despite the litany of bad news, I have hope.

Hope by itself is not a fix, but it’s a good start.  Social movements grow out of a collective awareness that it’s difficult to do much of anything alone. None of us can. Bringing people together for a purpose, greases the wheels of change. If such activism is accompanied by workable alternatives to the status quo and action taken, then anything is possible.

There is a huge chasm between where we are and where we need to be. The social movements of the past few years assert what needs to change now.  I know I need to step up, now.

The world needs kindness and compassion and tender loving care. So, do each of us. I expect it will be ordinary people, working together, leading the way to a better life because that is how change happens. Most of us want to do the right thing. The right thing may be very small and within the sphere of everyday life, but the operative word is do.

As one of the ordinary people, I must ask myself what I plan to do. How do I contribute to changing the conversation? I know my life and the way we all live our lives in the decade ahead will be the message and ultimately the story of how everything unfolds.