Postcard from New York: Settling In

When in Rome do as the Romans Do
Proverb

Following the rules is not what we do.
New Yorker

Now that I have been in New York about three weeks, people are asking if I am settling in.

Settling in is a relative term and means different things for different people.  For me, it is the process of transitioning from the thrill of being in a new place to the nitty gritty of day to day living. It involves the ever-increasing movement beyond the circle of comfort I inhabited when I first arrived. Initially that circle was small and included my home base (home away from home), the neighbourhood, and a few key places I needed to get to.  Over time, that circle has expanded as I come to understand – to the extent possible- life in New York.

Settling in is a kind of automatic knowing – what subway train to take, dropping by your favourite store to pick up something for dinner, and having some routine to the day, while letting go of former habits and ways of doing things to which I have become attached and take for granted. It’s a kind of flow in which I can move from one thing to the next without too much fuss.

My day usually has three parts to it: a walk/run in Prospect Park unless it’s a yoga day; time to write in the Rose Room of the New York Public Library; and explore some part of the city which is centred around finding a good place for a coffee and a bite to eat. Interspersed in this routine are the visits to museums/art galleries; talks; and theatre as time and resources permit.

One of the advantages of living some place new for an extended period of time is that you pay attention to things that you otherwise would not. As a visitor, I am in the enviable position of both participant and observer. Here are a few things I have learned so far:

A few of my favourites so far: 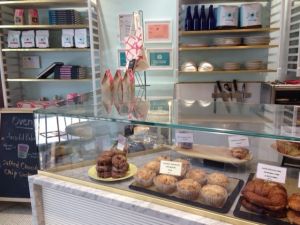 Life moves at the speed of sound – loud and brash and in your face. I do pay attention to the need for quiet time. I have found a few spots that are gems, where it is possible to find quiet time with a cup of tea and watch the chaotic and busy NYC world go by.

There are many opportunities to move beyond the range of one’s comfort zone and my goal during my stay is to do just that.  One woman I met said in New York people like to do their own thing- “following the rules is not what we do”.  It was an astute observation about a city of great diversity that squeezes every minute out of the day. It was also a good reminder to me to dispense with following the rules from time to time and go beyond my own comfort zone. 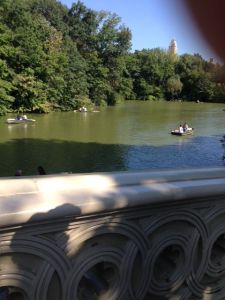 The photos above are Central Park along the Great Ramble, street art in Bushwick (Brooklyn) and Grand Central Terminal. The Imagine photo at the top is in Strawberry Fields in Central Park.

6 thoughts on “Postcard from New York: Settling In”