Looking Back; Looking Ahead 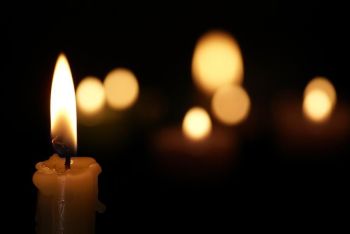 The Winter Solstice has passed. The days still are still short but the light is growing.  Brightness is on the horizon.  May this be true in all areas of our lives.

Short days and long nights invite a particular kind of reflection.  The year in many ways seemed clouded with bad news.  Political theatre was at its worst in a very long time. This was the year of fake news; polarization beyond  extremes; mass shootings and bombings; nail biting elections in Europe; the opioid epidemic; and very scary stuff out of North Korea. We witnessed the effects of climate change: catastrophic weather events; ice melting; and fires burning.  And of course through all of this we had the corrosive and inflammatory tweets from Donald Trump, or as one journalist referred to him, Commander in Tweet.  All of it seemed inconceivable and wacky as we watched it unfold. The sense of the common good and doing the right thing somehow got lost.

Our brains are hardwired to attend to negative news and the tumultuous year that was 2017 was a banner year for overshadowing the many good things that happened. I must confess, I had to really think to come up with positive stories. My challenge to you is to list wonderful things that happened in 2017. They may be personal or global in nature. It doesn’t matter; we really need to focus on good news and give it air time.

Here are a few examples that came to mind for me:

The Women’s March: The March was a singular event and bright ray of hope in a dark landscape of despair. It brought many groups together to take a stand for social justice and call for fundamental change.  It was thrilling to march and be part of something larger than life.

Canada is a great place to live: Our home and native land has been here a long time. Things are not perfect and the challenges are considerable. Child (or family) poverty is a disgrace. Indigenous peoples continue to experience disadvantage.  In spite of such challenges, good work was done- often quietly. Canada is an extraordinary country.  May we never take it for granted!

#MeToo Movement- Some believe the Women’s March opened the door to the #MeToo Movement. The scale of allegations of sexual misconduct and harassment was beyond anything I could imagine. Regardless, the voices of women could not be contained. Brave women spoke out, breaking the silence.

Unsung Heroes Making the World a Better Place: There are those who steadfastly work to right the wrongs in life. I think of individuals I know who devote time and resources to keeping Indigenous issues on the radar; the journalists who reported on Unfounded- the sexual assault allegations dismissed as baseless; those who work with the poor and vulnerable every day; those who keep us safe in our communities; leaders who act in the public interest; those who extend kindness to someone in need; those who can look a stranger in the eye and smile. We all know such people. They do the right thing- which is sometimes the difficult thing.

The People Spoke- Democracy is fragile at the best of times but there were hopeful signs that it was at work in many parts of the world. The elections in Germany and France had many on edge with the pernicious tone in the rise of nationalism.  Zimbabwe President Robert Mugabe finally resigned as the crowd cheered. In the end, the people spoke for a fairer, more inclusive society.

The above are only a few examples that cast light in the midst of darkness. Sometimes, the work to be done seems overwhelming.  And yet, anything is possible. May 2018 be a year of extraordinary and wonderful possibilities.

I wish each and every one a wonderful year ahead!

2 thoughts on “Looking Back; Looking Ahead”