Maybe We Need Another Women’s March 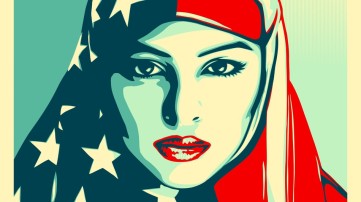 Our lives begin to end the day we become silent about things that matter.
Martin Luther King, Jr.

The past few weeks have been tumultuous by any standards as world tensions rise and discord abounds. The events in Barcelona are part of an unsettling chronicle of violence (London, Manchester, Brussels, Paris, Nice- it goes on and on) that defy explanation and strike fear in the heart. …And then there is Charlottesville. I was sickened by the images but the door had been opened to allow brutality, vitriol and hatred to erupt and infect. Part of me wants to head north of the 60 th parallel and hide until things settle down. But that could take a long time and what would it accomplish?

And so I am re-posting a blog from January on the Women’s March when thousands came together to say enough! Maybe we need another March to call for a more peaceful and inclusive world. Peace is possible. It begins with how we live out each and every day.

Resist resignation and complacency. What happens ultimately affect all of us and can be shaped by all of us. There are ways to speak out. We can write; we can stand in firm defiance as the people in Barcelona and Manchester did; we can call our elected representative; we can object when someone crosses a line; and we can act peacefully.

For those who like to speak out in song (like me!), I am posting the link to Milck’s  I Can’t Keep Quiet sung with Choir Choir Choir

We the people are greater than fear.
Women’s March poster*

We the people marched in cities around the world on January 21, 2017 in what is known as the Women’s March. It was a thrill to be part of this tremendous event that galvanized people of all ages and backgrounds in calling for social justice and human rights.

The numbers were staggering in what was reported to be the largest demonstration in the US since the Viet Nam war. The rally, called following the US election, began as a grass roots women’s movement, aimed at sending a message to newly elected President Trump. It resulted in a demonstration of massive proportions that encompassed a range of causes (workers’ rights; health care reform; immigration reform; LGBTQ rights; and so on).

I marched with good friends in Toronto amidst a crowd of 60,000. It is difficult to convey the immensity of the day both in terms of the crowd and the energy. It almost felt like the Age of Aquarius again.  All kinds of people, many carrying signs and placards, came together to send a message about the need for a better society – one that is fair and inclusive, a good steward of our earthly resources, and  which takes into account the collective good.  How far we have come, I thought to myself; and how far we have yet to go. How can it be that we are still dealing with these issues?

Why did so many come out? I believe the march appealed to people’s sense of outrage and desire for change- to say enough is enough!  That said, making change happen right now feels like an uphill battle. I confess I feel a sense of unease and foreboding as I witness the nationalist movements in Europe and other parts of the world, fueled by fear and division.

The Women’s March was an auspicious beginning, but the beginning of what? It was not lost on organizers that the march was the easy part. The tough step is what happens after the march. What does each of us do now? How do we change the discourse to one that embraces inclusion, tolerance; and community?  Most people in the world simply want to live with dignity, free from fear, and to work and raise their families in a society that accepts them for who they are. Surely that is not too much to ask?

It would be so easy to be immobilized by a sense of despair. I certainly feel that some days, but that is what certain groups count on- that the masses will do  nothing and remain silent. Revolutions are born of small steps, taken by ordinary persons making change one day at a time. May we never lose a sense of hope! There is so much more work to do.