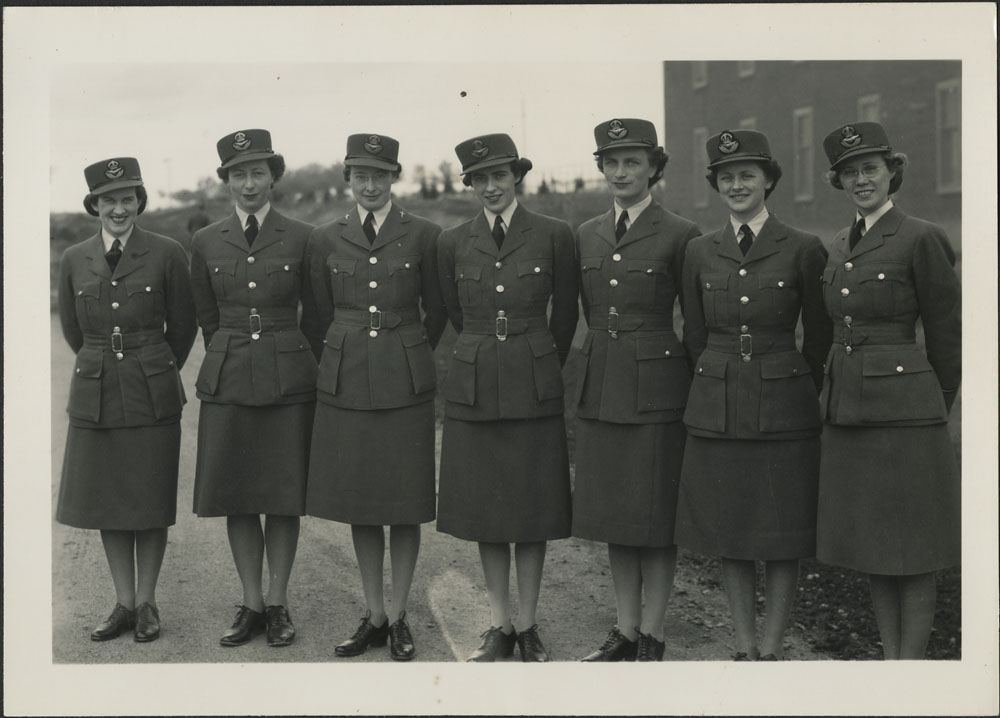 Intrepid Women in Our Midst

All serious daring starts from within. Eudora Welty

There have been many extraordinary and visionary women throughout history in every conceivable field and part of the world. Many, however, have only come to be known in recent decades, largely because it is men who recorded history, leaving us with his-story rather than her-story.

Thankfully, the stories of such women are coming to light. What is less well known, however, are the lives of ordinary women, who in spite of obstacles and with a sense of imagination forged their own path in life. Their stories of courage, creativity and tenacity can easily be overlooked or forgotten. These women are known to us, for they are the women of our mothers’ generation.

What brought this to mind was a column in the Globe and Mail, Lives Lived that profiles the stories of people who have made a difference in perhaps small but significant ways and with little fanfare. The particular feature I read was the story of a woman named Dorothy who was an artist and independent spirit. She was also a friend of my mother’s when they served together in the Air Force during World War II.

Dorothy was born in 1919 and grew up in rural Ontario. Her daughter Iris wrote: “As a teenager, Dorothy spent her spare time sketching and fashioning dresses and hats from scraps of fabric. When her mother became ill, Dorothy, as the oldest girl, was expected to take a year off from school. And after months of cooking and changing diapers, Dorothy declared she’d never marry: She’d be a dress designer instead…… *

Like many women of her time, Dorothy likely felt constrained by the prospect of a traditional life that offered few options. So when Dorothy found herself called home again, “fearing she’d be trapped there forever”, she decided to enlist in the Air Force.  After the war, she worked for a designer in Montreal and travelled to New York as a fashion spy to learn about the latest styles and then create patterns from what she had seen once she returned home. She eventually married and raised a family but art continued to figure prominently throughout her very long life.

How confining the institution of marriage and societal expectations must have been for women at that time who wanted to push the boundaries and follow their dreams. Some women may have considered remaining single, (the term was spinster in those days), if they could manage financially. It was a world buttressed by paternalistic structures (legal, social, economic) and customs. Entrenched gender inequality narrowed work opportunities and impacted employment practices. The laws of the day advantaged men. Social and cultural norms were strongly prescriptive. The war offered many women a way out. It was an opportunity to leave home, earn their own money, and live with some degree of independence. As such, women’s lives were shaped by the war.

Many women bravely took charge of their lives either out of necessity or because they didn’t like the script society imposed. Some travelled to other countries- perhaps to volunteer or study abroad. Some continued to work while juggling family responsibilities. Some women, widowed early, held families together. None of it was easy.

For young women like myself, growing up in the 1950’s and later, the 1960’s revolution of love, peace, and “everything is possible” kind of thinking, it was difficult to fully comprehend what life had been like for our mothers. It certainly was for me. After all, most were now in the traditional role of wife and mother, carrying the lion’s share of family responsibilities even if they were working outside the home. It was how things were. (Some would argue they still are).

No one talked much about what it meant to return to traditional roles after experiencing a measure of independence. It was marriage or career. There was little wiggle room for weaving one’s own life within the established norms. Moreover, economic dependence on the male wage earner was a reality.

I like to think that the independent spirit of many of these women continued throughout their lives. Many were resourceful, inventive and enormously capable in whatever they decided to undertake.  My own mother had a keen sense of fairness because she witnessed the unfairness of “rules” set by others and it informed her advice to me growing up. Dorothy continued to chart her own path and worked as an artist into her 90’s. As her daughter noted: “Dorothy’s last solo art show, the week she turned 97, showcased over 50 years of her work, and was entitled Free Spirit.”

Intrepid women are in our midst today-daring to challenge expectations and follow their hearts, in spite of limits set by life circumstances. Sometimes we fail to take account of what these women do because the steps they take may be small ones; regardless, such steps are significant because they involve risk; demand persistence, and are rooted in a longing to live life on one’s own terms.

Serious daring starts from within. Let’s raise a glass to those adventurous, bold, and unflinching women of our mothers’ generation and honour their memory by living life on our own terms.

*For those interested in Dorothy’s story see the Lives Lived article written by her daughter Iris. http://www.theglobeandmail.com/life/facts-and-arguments/lives-lived-dorothy-wilde-97/article34245077/

2 thoughts on “Intrepid Women in Our Midst”