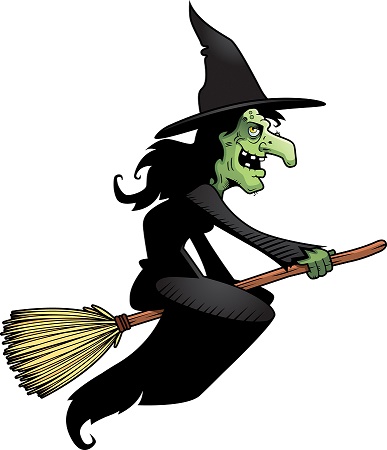 It’s the voice of self-doubt, of the inner critic …. (that) most holds women back from playing bigger.
Tara Mohr, author of Playing Big

The greatest danger for most of us is not that our aim is too high and we miss it, but that it is too low and we reach it.
Michelangelo

When I first decided to write a blog about my experience training for the New York Marathon and later about the experiences of women at midlife and beyond, a little voice in my head said: “You’ve never written a blog. Who would want to read it? Whatever would you say?”  Variations on this theme continued for a while until I decided one day that it really didn’t matter a whole lot what people thought; I was writing for me. I certainly enjoy positive feedback but I decided I would write regardless of the feedback. Interestingly, the voice of doubt in my head settled down. Then I decided to organize a workshop series for women on -are you ready?- Taming the Inner Critic. Wouldn’t you know that voice of doubt returned like a runaway train hurtling along the track reminding me I didn’t know what I was doing  and who would come anyway? This was the voice of my Inner Critic.

The Inner Critic has been with many of us for so long that it seems like background noise. It is the voice or feeling we experience that says “are you sure you should do this-you don’t know enough”, or “you sure messed that up”; or “who do you think you are?” Ultimately, it holds us back from doing things we want to do. The Inner Critic can show up in our work lives or personal life or both (men experience the inner critic too) but usually when we feel vulnerable or are in a situation that triggers fear of embarrassment or failure.  It is irrational, persistent, and prone to describing everything as simply good or bad- there is no in-between. It may even sound like someone we know in our lives who is critical.

The Inner Critic is well intentioned because it wants to keep us safe and prevent us from making a fool of ourselves. But its cautions are not based on any truth. It simply wants us to keep things the same. And so we postpone returning to school; turn down the job in a completely different field; decide not to wear a different style of clothes, or start a business, or take up tap dancing, or whatever.

We all step out of our comfort zone from time to time and feel OK about it but other times, not so much. One of the most helpful things I have learned about the Inner Critic is that it doesn’t go away. In fact the more risks we take, the more it shows up. But we can learn to live with it and still move forward. Tara Mohr offers some useful strategies as did  the women in the Inner Critic workshop series who came up with great ideas to quiet the critic.  Here are a few:

Notice and name the critic– When does the critic shows up? What situations trigger it? Note that the Inner Critic is not our voice; it is a voice in our heads. We can hear the voice, but we don’t have to agree with it because it is not our true self. In other words, go ahead and do what you want to do.

Create a character that personifies the voice of the Inner Critic. Give it a name. I call mine the Wicked Witch of the West. Describe or draw it. This helps separate you from the Inner Critic and helps you realize how ridiculous this character can be.

Remove your Inner Critic from the scene– get up and walk out of the room; imagine the voice receding; tell your critic to take a break for a while you do what you need to do.

It has taken me time to notice my inner critic because it can quietly niggle at the back of my mind. It is easy to take the thoughts in one’s head as true. But thoughts are not facts! Besides, there are enough outer critics out there. Who needs another one that lives in our heads?

Once we see the ways our Inner Critic pokes through our thinking, we can move forward and call on our wise self (next blog post) to help us aim high. Maybe our palms are sweaty, our hearts pounding; our minds anxious, but we can say: Thanks for your concern but I’m OK and I’m going to do it anyway.